Confucius said that if you turn your job into a hobby (or a hobby into a job), you won’t have to work another day in your life.

(Maybe it wasn’t really him that said that, after all.)

Anyhow… Is your job a hobby to you?

Before you say yes, here’s another question: Does your hobby bite off 12 or 15 hours of your day and have a mission to put bread on your table? If yes, is it still a hobby?

There are so many people who seem to work all day every day. They often report being not only more productive but even happier because of it. They say their job is precisely what makes them happy.

Even if we were to believe them, it just doesn’t work that way. One day those diligent workaholics will find themselves burnt out from excessive working.

You are probably one of those hard workers as well (otherwise you wouldn’t be interested in reading this article even though there’s so much work to do and so little time to do it). And every so often you feel so overwhelmed that you just wish for a month of untainted happiness and serenity away from the world and its super busy work ethic gobbledygook.

Don’t get me wrong: loving what you do for a living is a blessing. But let’s not fool ourselves, and above all, let’s not lie to other people by boasting how much we like to burn the midnight oil. There’s so much more to life than work. And a great irony is that this obvious truth needs to be said in the first place. Especially in the age of technology, which is supposed to make things easier and faster for all of us.

That’s why we give you 8 tips to improve your productivity by making your long working hours shorter.

Clip this article in your Evernote (or whatever you’re using) and toss away the tablet, cell phone, or the laptop it’s installed on.

Take an actual notebook. I’m sure there’s still one left in a drawer or a forgotten compartment in your dwelling. Blow off the dust and crack it open.

While there are so many insanely useful technological devices and tools to record your thoughts onto, guide your brainstorming processes or store collections of different tips (such as this one), the good old-fashioned pen and paper haven’t lost their merits and it’s about time for us to admit it.

The ideas you’ll find scattered all over a piece of paper won’t be as neat or clear as they appear on a screen.

And that is exactly the reason why you should do it this way. 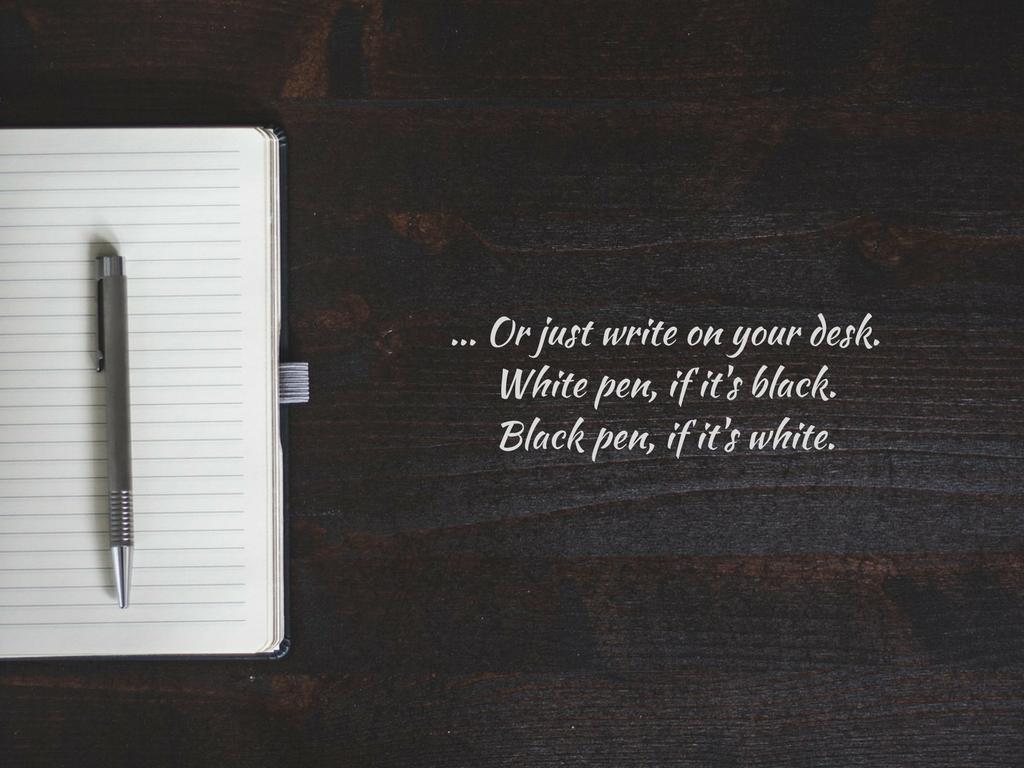 Sloppy and disorderly scribblings don’t look good, but they trigger your creativity when you least expect it. Plus, they are an interesting and non-obligatory way to collect a variety of different ideas. Even if you don’t make use of them for your current task, they will prove useful in the future.

Plus, you can (and should) take it everywhere with you. An idea pops up, you catch it (don’t rely on your memory – it fails when needed most) and write it down.

Don’t hesitate to use crayons in different colors to illustrate your thoughts, to draw lines or figures. Take a fresh look at it tomorrow – you’ll be amazed to find an entire mind map of your own thoughts. Stupid ideas will inspire you to contrast them and eventually turn into brilliant concepts. You’ll be able to delve into relations that have previously been invisible.

Similarly, while you are drawing nonsensical figures, your brain seemingly hibernates, buts it actually works without giving you the feeling of weariness. This is the main reason why many companies, including Google, encourage their employees to doodle in meetings. A study showed that doodlers retain up to 29% more information than people who just sit and listen.

Somehow we got to perceive success as a measure of the amount of free time that one doesn’t have. But you shouldn’t just have it – you should nurture it.

Don’t feel like a loser if you turn off your phone for two or three hours each day. It won’t discard your efforts. On the contrary, it will invigorate you by providing that so much needed venting from all of the tasks and stress awaiting you.

Your duties won’t run away. They will still be there tomorrow. But you will be in full shape to face them and defeat them.

Don’t blush every time your boss or colleague likes a GIF you shared on Facebook during working hours.

Oh my God! They must have noticed the suspicious timing. Even worse: they liked it to let you know they noticed it.

It isn’t a bad thing. After all, it serves to show you aren’t the only one who’s peeking on Facebook and stalking people when they should be doing another work report.

Doing trivial stuff is just another way for your brain to respire in hard times. It may even bring forth positive things. Even if it’s just a new piece of gossip.

No, seriously. Social media were made for socializing, sharing ideas, enjoying, laughing. And it can’t be bad to have a mental break.

How about some actual working?

In order for the work to get done, actual commitment is necessary. Pick a time of the day when it’s least likely you would get distracted. For many people mornings work best because there are no meetings, no unpredictable tasks that suddenly turn up, no people rushing up and down your office (if you have one), no sudden requests that you have to attend to.

Turn off all the notifications and stop checking your email every half an hour. Multitasking is an admirable skill for a person to have, but it breeds lousy results.

Reduce the number of meetings

… But when you really need to hold one, it doesn’t have to be the traditional way – 15 people sitting around the table while one person stands in front of them like the master of the universe.

This approach is sterile and it bores all the participants to death, whether they are willing to admit it or not.

Don’t play the old-fashioned classroom. It doesn’t work anymore and that’s why the rules are changing.

People work best when they are feeling comfortable. Someone may want to stand up or walk around the room. Someone may feel like sitting in a more relaxed position. Brains just have their own ways of functioning.

Vilfredo Pareto was an economist, but he also had a garden. Apparently, he wasn’t only interested in his work.

The time he spent in his garden didn’t jeopardize his profession. By staring at his peapods and watching them grow, he observed an important principle which applies to economy and business as well: The majority of peas grow out from the minority of peapods.

This is what inspired him to come up with a principle that would be named after him. The majority of results come from the minority of efforts. In other words, if you are going to work for 10 hours today, 80% of your results will have sprung from only two hours of your work. The other 8 hours will account for only 20% of the results. Which means you could almost toss those 8 ineffective hours away and it wouldn’t make a big difference.

Try to analyze the time you are spending on your daily tasks. Out of every ten tasks, you’ll be able to find the two that are really worthy of your attention. Only those two are actually vital for your cause. The other eight – well, postpone them or just cancel them.

Learn how and when to say “nay”

When you start employing the Pareto principle on your day-to-day tasks, you’ll discover a big truth – the majority of things you pay so much attention to just don’t matter.

Not every project is essential. Rethink and redefine them and you’ll see some of them exist just for the sake of being there.

You don’t even need every customer. Some of them will make you spend much time vying for their attention without getting you actual revenue.

Work isn’t a self-sufficient activity. When it gets overabundant, it can easily slip out of your hands and become a voracious monster that gobbles up your time and energy.

Every activity has to have a firmly defined reason behind it. If it doesn’t, it isn’t worth the time.

Stop buying into the workaholic mantra

This one goes in line with some of the previous tips.

One of the most popular books in the past decade was Tim Ferriss’ “The 4-Hour Workweek”. The guy had a very demanding job that exhausted him, so he got up one morning and decided to change things for himself. He is among the most famous evangelists of the 80/20 principle. By redefining his own assumptions and prejudices about work, eliminating what is unnecessary, automating tasks that bring money, and liberating himself from the constraints of time and place, he managed to change his life entirely. Finally, he ended up actually working 4 hours a week.

Now, it probably isn’t possible for everyone to do it, but it’s worth considering.

To further back up all of this, let’s turn to forefathers of all the thinking – ancient philosophers.

They didn’t discuss productivity as we do today. They didn’t make a fuss about it. They didn’t write about how to boost your concentration or to improve your focus or why hard working is the foundation of success.

When they discussed happiness and wisdom, they presumed that leisure is a necessary precondition for achieving them.

Aristotle didn’t have to say anything about productivity, but he alone wrote around 200 works.

Most of which were foundations of philosophy, physics, logic, ethics, biology, aesthetics.

How’s that for hard work?