When it comes to Artificial Intelligence slowly infiltrating and eventually taking over our lives, movie buffs everywhere seem to be in the unique position of knowing what to expect in the times to come. Not only that, but judging by the success movies like The Terminator, RoboCop, Star Wars and the like have had with the audiences, humans have been obsessed with robots for quite some time. Since we can absolutely say AI is slowly becoming part of our day-to-day existence, we should all examine the role we are to have in this brave new world. 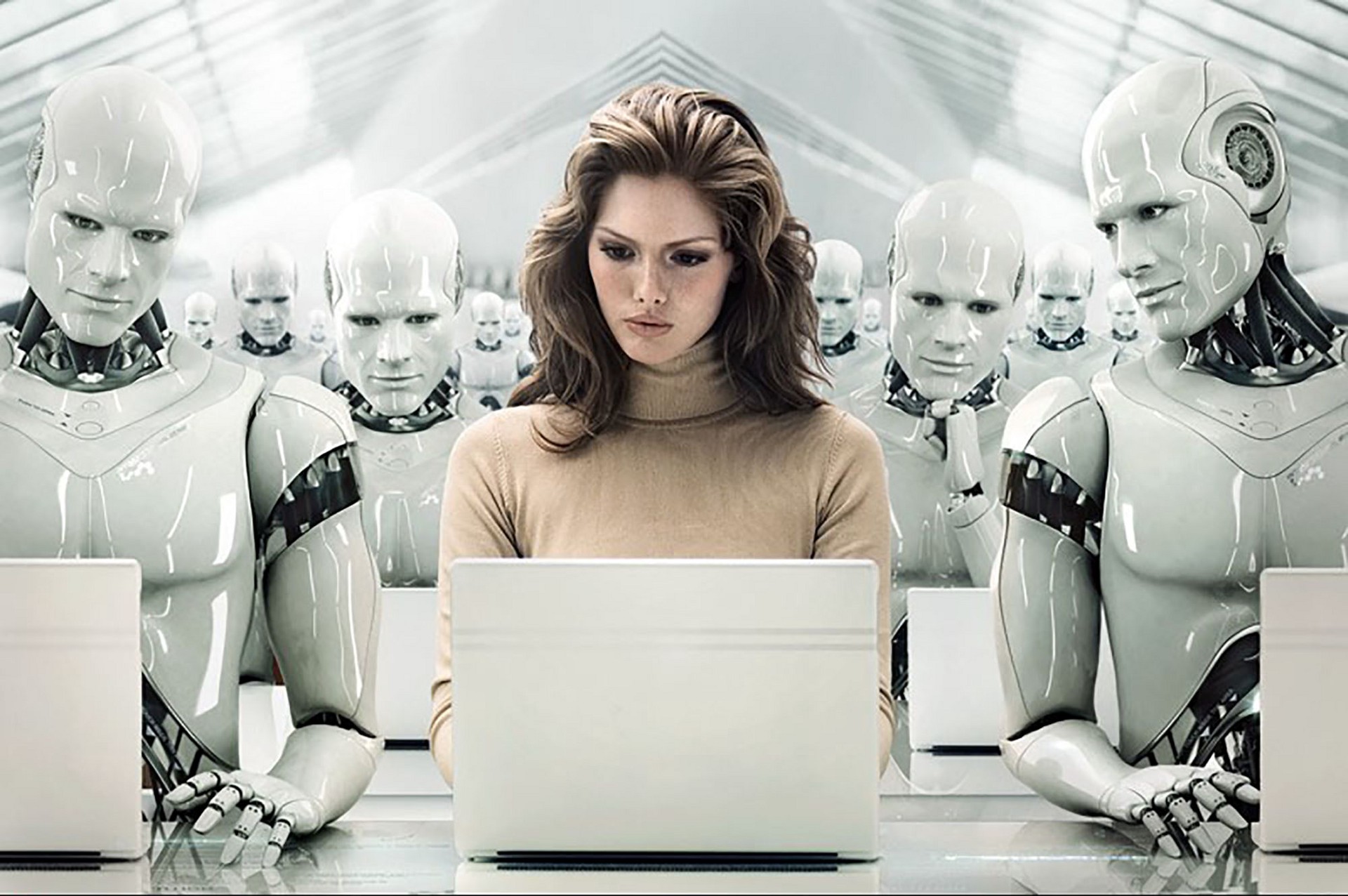 One of the areas robots have already been influencing our lives is the way they are taking people’s jobs. History buffs – or people who have actually listened to their history teachers’ lectures – will know that this is nothing new. Throughout history, new technologies have had the tendency to push out flesh and blood workers from their workplaces for the sake of simplifying and speeding up technology processes.

The true end goal? Reducing the cost of doing business.

Robert Hanson in his book “The Age of Em” is of the opinion that we are on a path which will inevitably lead us to the obsolescence of human labor. To illustrate that point he states that driverless cars are expected to make up to 75% of all traffic by 2040, which will result in not only many more unemployed drivers, but also provoking the change in the infrastructure around this occupation – from drivers’ training to the way gas stations look and operate.

Therefore, the modern concern is that the more robots are used for industrial or menial work, not only more people will lose their jobs, but the wages of the remaining human workers will go down.

Furthermore, according to a study conducted by Daron Acemoglu and Pascual Restrepo, of M.I.T. and Boston University, respectively, each additional robot in the US economy reduces employment by 5.6 workers, and every robot that is added to the workforce per 1,000 human workers causes wages to drop by 0.25-0.5%. For the study, Acemoglu and Restrepo defined industrial robots as “automatically controlled, reprogrammable, and multipurpose [machines].” They specifically looked at fully autonomous machines that don’t require a human operator, and can be programmed to perform multiple manual tasks such as welding, painting, assembling, handling materials, and packaging.

Their conclusion was that if the spread of robots proceeds as expected by experts over the next 20 years, the future aggregate implications of the spread of robots could be much more sizeable. The researchers saw negative effects on virtually every occupation, with managers being the exception.

To put it simply – endangered jobs are those that consist of predictable and repetitive tasks.

If you stopped right now, took a pen and paper (or opened Notepad on your PC), and started making a list of all the repetitive tasks you perform on a daily basis, how long would your list be?

And should you wake up one day and all of those pesky little (or not so little) tasks could be performed for you, would you welcome that kind of help or be frightened of it?

This particular kind of technology (AI) is already making our lives easier in areas such as healthcare, for instance. However, the question of user acceptance needs to be resolved for humans not to feel threatened by robots. That is hindered by the fact that public perception of robots and their role in our lives largely comes from the media (or maybe media marketing?). Since generations that grew up glued to the TV screen have had their minds shaped by whatever they have watched over and over again in their formative years, it is very difficult now to change their minds about certain things. 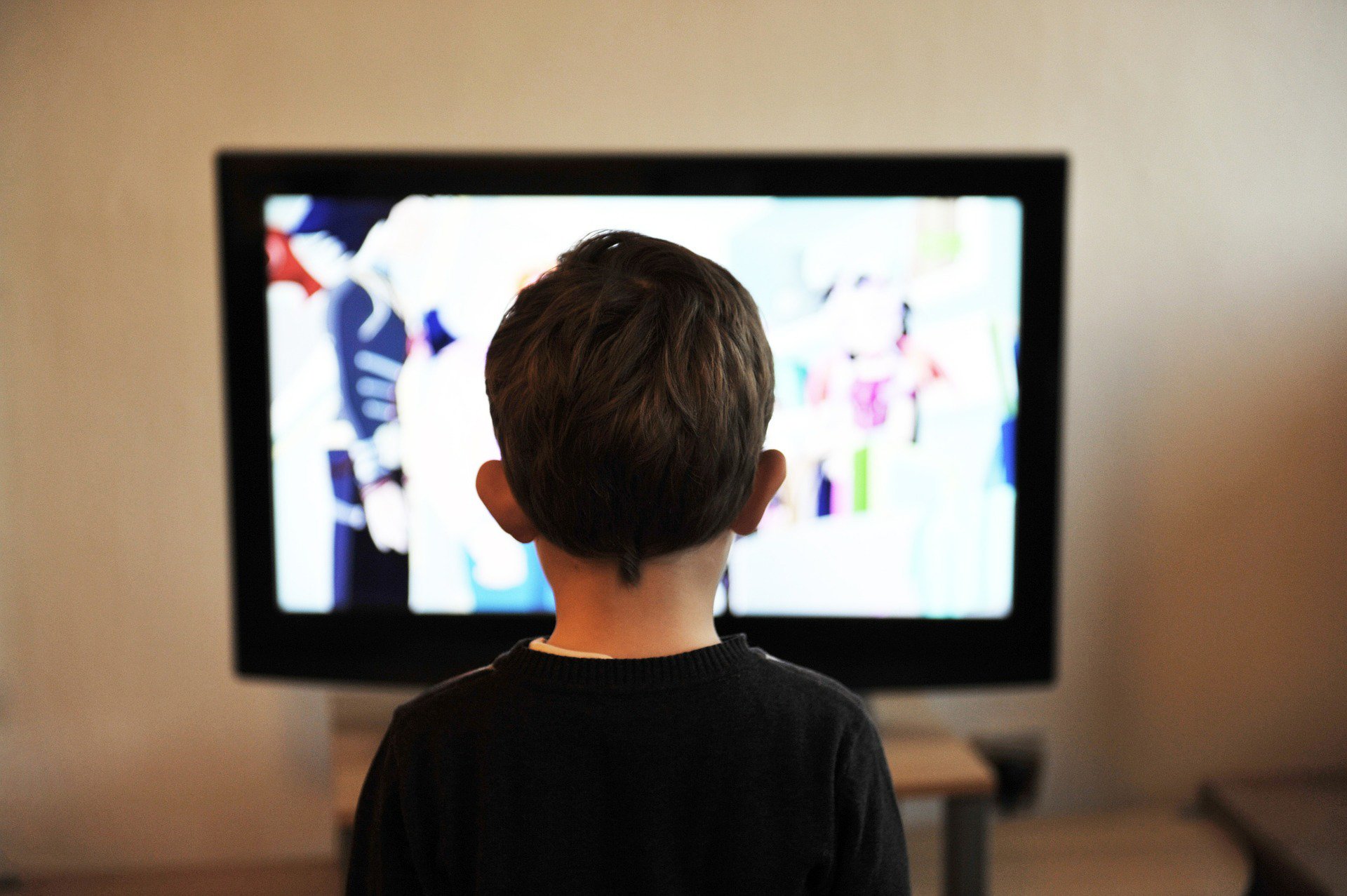 With that in mind, numerous studies have dealt with the where, the why and the how of people’s becoming comfortable with the AI of our age. What most of them have determined is that it depends (and will continue to do so in the future) on a number of factors – cultural, social, political and economic being the most prominent ones. Plus, the acceptance varies from one world region to the next.

For example, Japan (as a technology-centered society) is found to be the most receptive when it comes to all kinds of robots. On the other hand, certain cultures of Middle East (joined by those that for religious reasons reject the representation or reproduction of the human form), tend to frown upon the existence of humanoid robots regardless of their own enthusiasm about innovative tech. Just remember the fake news about Saudi Arabia beheading its first robot citizen Sophia and think about what it says about us people living in the digital world. 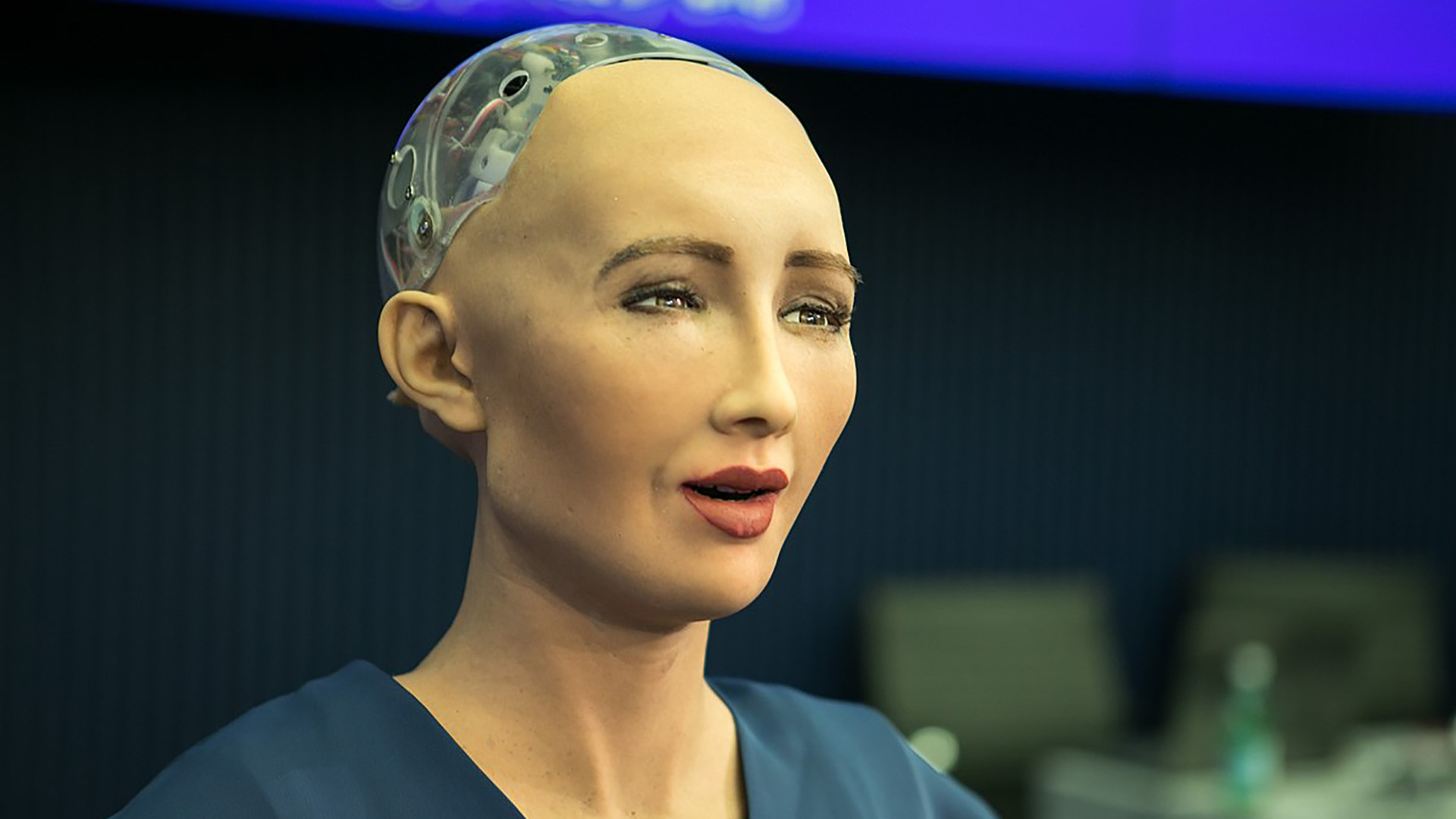 These are just 2 sides of the same coin, but people in Europe come somewhere in the middle. Since this is precisely the geographical area robots have been used the longest (as well as where both general and technical education is widely available as well as highly sought out), people living there have mostly positive feelings towards robots employed in manufacturing, healthcare, space exploration, military and disaster relief. No wonder, since AI often has life-saving applications in those areas. Still, when you take into account robots’ portrayal in Hollywood movies, people in other regions have been less receptive, which doesn’t mean there isn’t a lot of potential for AI to prove itself as beneficial to the human race – Europeans are just the first ones to properly embrace them.

On that note, Elon Musk has something to add to the mix:

“I think that there is a potential path here which is having some sort of merger with biological intelligence and machine intelligence.”

The billionaire is interested in AI and is of the opinion that the way to save the human race from becoming obsolete in the robot era is through connecting the human brain and robots and enabling them to communicate with each other. He is also unofficially already started working on it by launching a new company Neuralink (registered in California, USA) as a medical research facility in July 2016, which he plans on funding by himself.

Until that happens, we have robots learning to behave like humans by being taught to recognize and emulate our emotions.

In 1967 Dr. Paul Ekman studied the Fore tribe from Papua New Guinea, where he believed to have discovered the blueprint for a gathering of universal human emotions and related expressions that cross cultures and are present in all humans. This, in turn, enabled him to create the Facial Action Coding System, a comprehensive tool for objectively measuring facial movement – the very same thing used nowadays to teach computers how to feel. 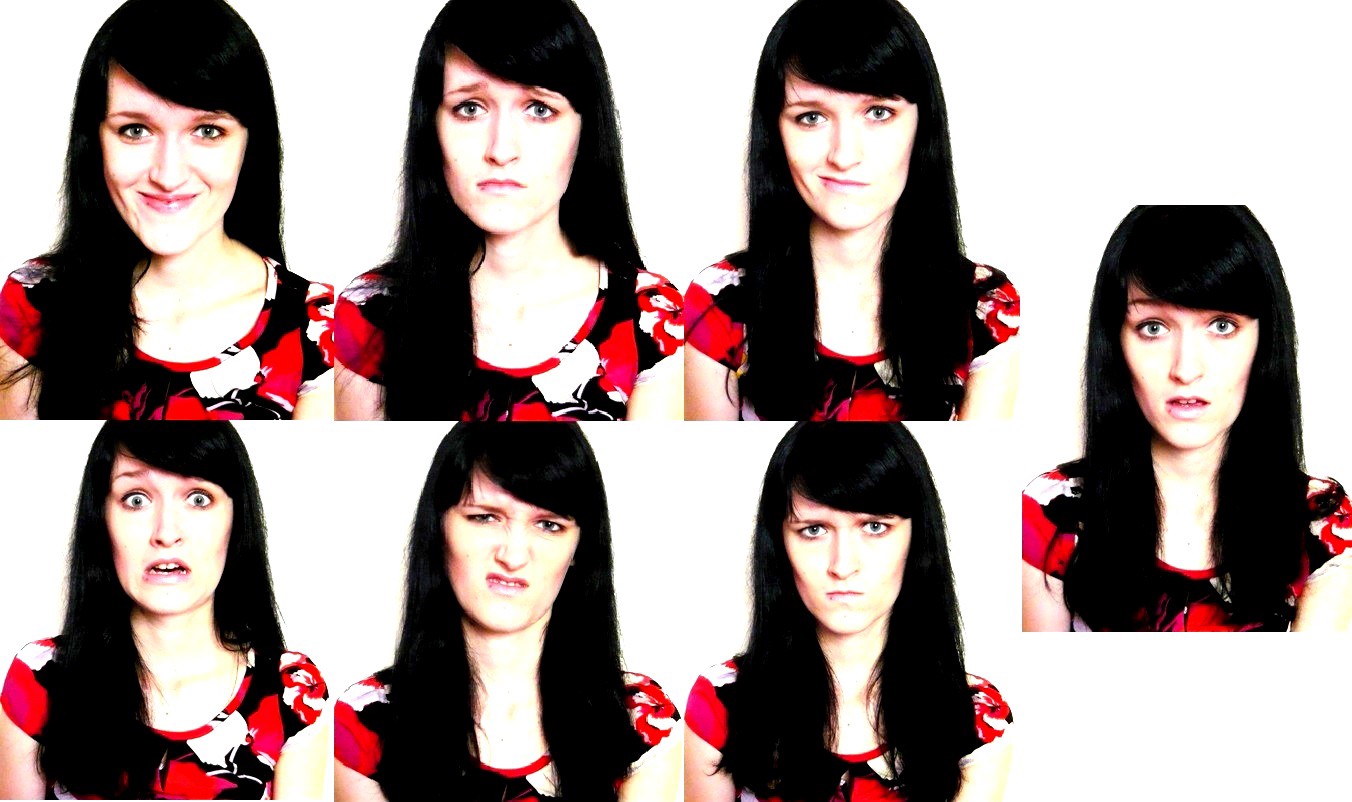 This particular kind of data is what is causing big advancements in the “affective computing” part of AI. Through man-written algorithms, robots are attempting to determine the emotional state of the human across from them based on their facial expressions, gestures, text and tone of voice. The point is for the robot not only to learn to recognize them, but also to respond to them in an appropriate manner.

The purpose of such doings on a large scale is hunting for patterns which will successfully predict human emotions and consequently, our behavior.

And if anyone, even a machine, is able to analyze the human state, then it is also able to respond to it and influence it. Which is essentially what those who want to sell us something – people working in marketing – are trying to accomplish, but when it comes to humans influencing humans, it somehow doesn’t seem so threatening.

The potential benefit of affective computing is not only building better customer service bots (as the most obvious one), but also measuring the way professional environment and experiences affects employees’ mood. This way, organizations have the opportunity to design more effective work processes and settings in order to increase workers’ productivity. Moreover, robots reading emotions can improve user experience by recognizing employees being frustrated with a task and offering possible solutions to the problem.

Industries already heavily relying on human emotions are retail, healthcare, academia, government and defense, and that is exactly where affective computing is expected to revolutionize the way organizations collect, classify, correlate and export information in the broadest sense of the word.

However, it poses the question: Are we humans really that analyzable and predictable? Isn’t our unique nature and individual way of thinking precisely what separates us from the machines?

If we can be reduced to a string of ones and zeroes, why are interpersonal relations so complicated? And if we can, do we then deserve to be called the superior race or have we created the masters of our own destruction by teaching machines how to control us?

This now goes beyond the problem of machines simply replacing the human workforce – this is a question of survival!

What do you think? What will our role be in the new world where the machine has learned to decipher the fickle human nature and we have become dispensable?

Sound off in the comments below!

Also, your business is certainly going through a digital transformation as we speak. With marketing being a niche closely related to innovations in technology, we can see how easy it is to get lost. We can assist you to make it as painless as possible – if you need help, let’s talk!