Let’s see what juicy, saucy, intriguing and world-changing news has the last month brought us. 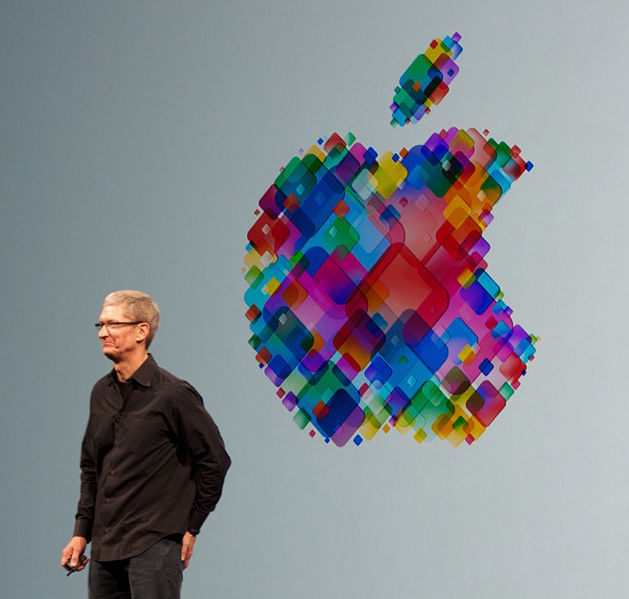 Tim Cook, Apple’s big daddy, confirmed for the first time that the famous brand is trying to create new standards in yet another industry – this time, automotive.

This time, it wasn’t an entirely unpredictable move, as Apple has been into cars for a few years now. Or at least the rumors told us so. Even its late founder and CEO Steve Jobs reportedly wanted to make an electric car long before Tesla did it in 2012. Over a thousand engineers were hired to work on the project they called “Titan”.

Tesla beat them. But now they are apparently going a step further. In an interview for the Bloomberg Technology, Cook confirmed the rumors. “We’re focusing on autonomous systems. It’s a core technology that we view as very important,” he said.

The quest for incapacitating Artificial Intelligence (AI) to make our roads safer (and get us where we want to go) is growing dynamic. It’s gonna be like a taxi driver. But it’ll always take the shortest route.

2) iOS takes care of your safety on the road

Sure, things should be much safer once the self-driving cars conquer all the roads and replace the “normal” cars.

So, in the meantime, Apple has decided to do what little they can to distract the drivers from distractions coming from their iPhones. The poison is its own cure – so, coming up this fall, the new iOS operating on iPhones will have a setting “Do Not Disturb While Driving”. Apparently, it will mute all the notifications and present the user with a black screen. All the incoming messages or calls will be autoreplied with a customized message.

Let’s just hope the drivers will want to turn this setting on.

3) Verizon bought Yahoo to compete with Facebook and Google

For the past few years, Yahoo hasn’t exactly lived up to expectations (small as those were).

Two major data breaches, one of which affected more than 1 billion users, showed Yahoo’s incompetence in dealing with security issues. Furthermore, it seems they were rather slow in noticing or taking responsibility. It took them three years to disclose the aforementioned attack that happened in 2013.

So, it was no surprise when those scandals decreased Yahoo’s price by $350 million.

It seems they have a thing for rotting companies that once changed the course of industry, as they also acquired the once brilliant AOL two years ago.

But it’s not for nothing. Billions of people still have email accounts with these two companies, which makes them a nice target for marketers’ sales forces who drive most profits for both Facebook and Google.

People are starting to worry about their customer information, and for a reason.

For a time, at least.

How long a time, nobody can tell you for sure. But Google’s Gary Illyes, web master trends analyst, said that mobile-first index wouldn’t start butchering nonresponsive (or should we say irresponsible) websites before next year. It’s even more likely that it will take them up to five years for the full implementation.

Oh yes, and he also urged webmasters “not to freak out” because of this announced change. Whereas it’s definitely going to shake the search engine results pages on our mobiles, it doesn’t mean Google will hunt down and punish nonresponsive websites. They will still be featured in searches, but only after all the relevant mobile-friendly websites.

So, sure, don’t freak out. But bear in mind that you’re given just enough time to act. Don’t wait and blame them after the party’s over.

Keep reading our blog to stay in the know!